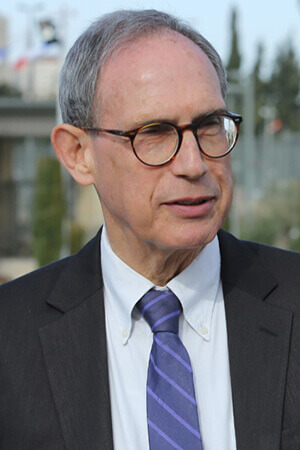 Was a member of the Kneset from 2009 to 2019. Prior to being elected as an MK, Shai served in various positions in the IDF, media, the Israeli foreign service and in the Jewish world. Most Israelis would likely remember him as “the national voice of calm” during the Gulf War when he appealed to concerned citizens to stay calm “drink water”. During his tenure in the Kneset, he served as a member of The Foreign and Security Affairs Committee, chairman of the subcommittee for National Planning and a member of The Economic, Interior Affairs and the Status of Women and Gender Equality committees. In the ranking of the most socially conscious MKs, Nachman was listed as number five. He was also ranked in the list of the most active MKs who attended the highest amount of weekly meetings, votes and committee meetings. Nachman helped promote hundreds of laws and initiated dozens, with some accepted and approved by the Kneset. Working hand in hand with caucus groups, Nachman promoted issues that were dear to his heart and that he strongly believed in. Those include the Caucus for Senior Citizens, the Caucus to Strengthen the Israeli Foreign Service, the Caucus for Israel-US Relations, the Caucus for the Release of Jonathan Pollard, the Caucus to Strengthen the Jewish People and the Caucus for Jerusalem. Nachman also spearheaded the Kneset’s activities as part of the Inter Parliamentary Union of the EU and The Council of Europe.Nachman was the chairman of the Israel-Germany Parliaments friendship group that promoted significantly the relations between the two countries. For this work, he received a medal of merit from the president of Germany. His previous positions in the public sector include: Director General of the Ministry of Science, Culture and Sport; the IDF Spokesperson (General officer); communications advisor to Ministers of Defense Moshe Arens and Yizhak Rabin; General Director of The Second Authority for Television and Radio; Chairman of the board of directors of the Israel Television News Company; Chairman of the Israeli Broadcast Authority, Senior Vice President at the United Jewish Communities (UJC ) and Director General of UJC Israel. Nachman was also the Press Secretary of the Israeli Delegation to the UN, and the Communications Director at Israel’s embassy in Washington, DC. Before that, he was a reporter and editor in various Israeli print, radio and TV publications. Nachman Shai gained a BA in History and Political Science and an MA in Communications from the Hebrew University of Jerusalem, where he also studied at the School of Business Administration. In 2009, Nachman obtained a Ph.D. in Political Science and communications from Bar Ilan University. His thesis, “Public Diplomacy and Low Intensity Conflict” was a groundbreaking research. Its principals were used by Israel in addressing the BDS movement, and in the military conflicts with Hezbollah and Hamas. For this work, Nachman was awarded the 2012 Tshetshik Award for national security research by Tel Aviv University’s Institute for National Security Studies. Nachman also studied communications at the World Press Institute in Minnesota, and worked as a research fellow in the Shorenstein Center at the Kennedy School of Government at Harvard University. In 2013, Nachman published his book “Milhamedia” (“Media War”), which focuses on public diplomacy and on the efforts to win over public opinion. The book received the Yitzhak Sadeh Prize for Military Literature in 2016.

A bridge of friendship and cooperation is outstretched between Israel and the United States . This bridge is supported and secured by the American-Jewish community – the second largest Jewish community in the world, which has been supporting Israel directly and indirectly for many years. This bridge is now in danger. Changes in the American Jewish community, as well as the raising power of the extreme right and Orthodoxy in Israel, pose a threat to the foundation on this bridge. A huge gap of values exists between “us” and “them”. What should be done, and is it at all possible to save one of Israel’s most vital connections?

Israel is experienced in warfare, but now it faces a new challenge – the battle for the public opinion. This started to become apparent in the second Lebanon War, the violent cycles in Gaza and even in the Syrian civil war. In this battle, the basics of warfare no longer apply and there is no longer a clear distinction between “strong” and “weak”. With the proliferation of new technologies, the use of media, and the public opinion battleground, it is not as easy for Israel to claim victory as it did in the past. How should Israel prepare for the next war and is there a way to reach a clear conclusion in those “small wars”?

The Israeli political system is criticized by many these days. However, with no political system, parties and elected representatives – democracy and the rule of the people is at risk. Israel is right to be proud of being the only democracy in the Middle East, but at the same time, it faces many challenges. How can the public regain its trust in Israel’s democracy? How to lead the country and steer it to safety while it is under such threats?

In the 20th century, everything has flipped – babies are being born, but the elderly live much longer. In Israel, which has some of the highest birth rates in the world, there is already a million of senior citizens, and this number continues to grow. The rise in life expectancy is the biggest social-economic challenge of our generation. The new senior citizens are not a burden, they are an asset to society and have an important contribution to daily life. What can we do? What is done around the world to face this challenge? 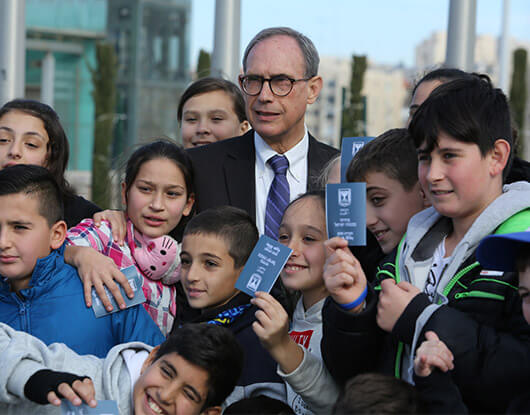 Why should you choose Nachman Shai

Nachman Shai is one of the most prominent figures in the Israeli public sphere. In the last decade, he served as a member of the Knesset, and before that in various positions in the media, IDF, and the Jewish world. Based on his intimate knowledge of those spheres, he takes his listeners on a fascinating journey into the often unknown parts of politics, media and public diplomacy.