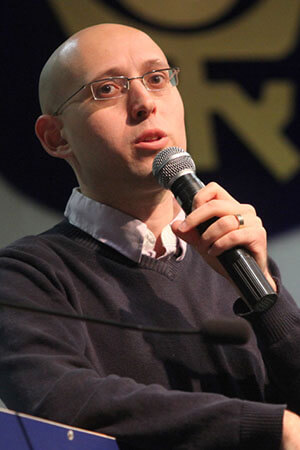 Dr. Roey Tzezana is a futures studies researcher at Tel Aviv University and a research fellow at Brown University. He’s acting as a scientific consultant to several firms and international bodies, and is the author of best-selling books about the future of technology and society. He has co-founded the SimPolitix project for political forecasting and TeleBuddy – a firm that operates telepresence robots around the globe, allowing him to teach, lecture and live in three different continents at the same time, using robotic avatars as his bodies. His research has led him to journey worldwide – from Kazakhstan to Latin America and even Antarctica (where he became one of the few people in the world to capture pokemon on that barren continent) – trying to understanding how technology will impact humanity and reshape our society and institutions.

AI has the potential to bring us into a future of abundance: in which products and services are created and provided to us at a minimal cost. At the same time, if we delegate too much authority to AI, it could (quite literally) take over the world. What are the potential benefits of AI, and what are the great concerns? These are the issues we’ll talk about in the lecture.

Everyone is talking about the blockchain, but nobody knows how it can disrupt the economy, our society and even our institutions and governments. In this lecture we’ll explain the blockchain technologies and explore the changes it could bring to our lives.

In recent years we’ve discovered that some people can provide more accurate forecasts than others in fields such as geo-politics and security. These “super-forecasters”, as identified by Philip Tetlock, gain a dramatic advantage by improving their methods for thinking and analyzing the information that they learn, and these methods enable them to compete succesfully with even the best experts. An individual can improve his or her forecasting abilities by just studying these methods for a single hour – or even by hearing a lecture about them. In the lecture we’ll discuss those thinking methods and how they can be utilized for the best effect.

Throughout our existence we have tampered with nature – and now we are capable of fully engineering it to our needs. We can play with our own biology and with the genetics of our children, engineer our bodies and our minds, and create new species that have never existed before. How will these technologies impact humanity, and what can we do about them?

AI is starting to compete with human beings for job places, and the rate in which robots and AI go into new jobs has never been higher before – and it doesn’t slow down for an instant. What can we do to make sure that our children will still have a viable job, in a world in which computers and robots can perform most tasks currently reserved for human beings

Why should you choose Dr. Roey Tzezana

Dr. Tzezana has a unique way for presenting complex subjects about the future, and drawing people into his visions for a better future. Throughout the lecture people laugh, nod in agreement, and contribute their opinions and ideas. 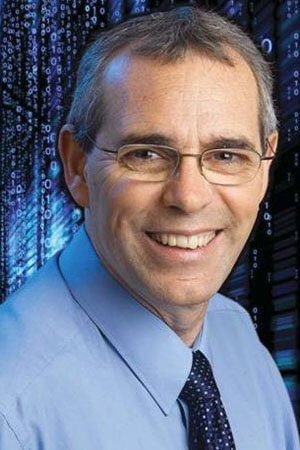