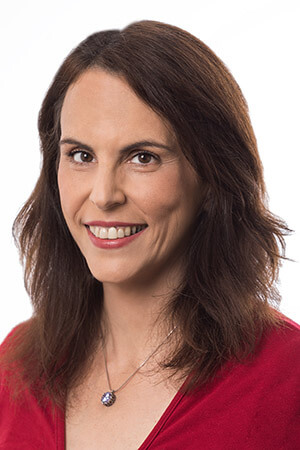 Co-founder of Virtuozo, where she works with top executives, entrepreneurs and leaders on enhancing their presence and impact as speakers and communicators. Over the past fifteen years, Abigail has worked closely with CEOs, leaders, scientist and teams from various countries. Together with her Virtuozo team, Abigail is the speaker coach for the international TED conferences. She has worked closely with dozens of TED speakers, most of whom were featured on TED.com.

Abigail has taught at top education institutions including IMD, the leading business school in Lausanne, Switzerland, The Zell Entrepreneurship Program at the Interdisciplinary Center in Israel; The Global MBA (Innovation and Leadership tracks) at IDC Herzlia, IDC’s Executive Education; and Skolkovo: The Moscow School of Management.

Abigail has a BA in Theater from Tel Aviv University and an MBA from Columbia Business School in New York. She worked as a theater director and then as a strategy consultant for Bain and Company in New York.

There are many great ideas, but only few succeed. Why? In order for innovation to become a reality, a good idea is not enough. It needs to be communicated and to be persuasive, to build a bridge between the audience and the idea. At TED each year dozens of new ideas are introduced successfully. After having prepared over 100 TED speakers, Abigail Tenembaum will reveal the principles and the secrets which make these talks popular all over the world: how to activate the audience’s imagination, how to approach different types of audiences, how to use props effectively, and how to invite the audience to a journey into the future. Abigail is one of the few in the world who were chosen by the international TED organization to prepare their flagship conference speakers. We will watch clips from the talks, and hear anecdotes and behind-the-scenes stories. The audience will experience a taste of the TED speakers’ journey and the tools they use, in order to make innovation and the future approachable to the wider audience.

Why should you choose Abigail Tenembaum

Abigail Tenembaum is one of the foremost experts on communication in Israel. In addition to working with executives from Fortune 100 companies, she is also one of the few official speakers coaches for the international TED conferences