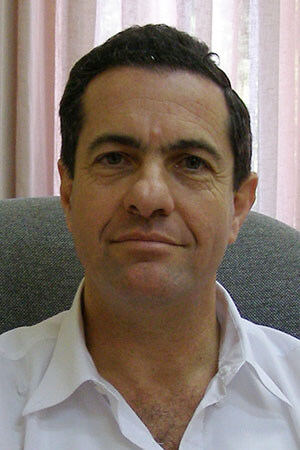 Barnea was born in Hadera, Israel. At the age of 18, he won the “Yad Vashem” award for an outstanding final paper on the Adolf Eichmann trial. He served in the IDF as a fighter and a post commander, an later – as a military correspondent. He studied at the faculty of law at the Hebrew University, became an advocate and practiced his profession. Together with others he established “Lapid” (Torch) – the movement for transmitting the lessons of the Holocaust, and acted as chairman for over 7 years. On the invitation of the Jerusalem municipality and the ministry of education, he worked as principal of the Denmark high school in the Kattamonim neighborhood in Jerusalem. At that period he won, together with his school, the education awards of Jerusalem and the State of Israel. In addition, he won the education award of “Yad Vashem”. He acted as principal of the Gymnasia Herzliya in Tel Aviv, the Be’er Tuvia regional high school and the Ben Gurion high school in Emek Hefer. He wrote the educational masterplan of the city of Arad. Barnea published two books on the Holocaust, “We did not surrender” and “One fate”, and the book “Education – on the development of man and society”. Since 2007 Barnea has served as the chairman of “Amcha”, the Israeli center for psychological and social aid for Holocaust survivors. He is a lecturer at the Hebrew University, and also in the military and civil educational systems.

The lecture defines the concept of values, describes the official values of the State of Israel in recent generations and suggests a new moral and educational concept toward the future

The lecture connects between the memory of the holocaust and the national and the humanistic values of the State of Israel, and focuses on lessons which may be relevant to our generation: the Zionist lesson, the unity of Jewish fate between west and east, viewing mental resistance power in a new light, self protective democracy, human dignity as an indivisible social convention.

Presentation of the Kasztner affair in a new light based on updated research, the development of Israel Kasztner as a public figure in Romania and Hungary, negotiating with the Nazis for rescue. Creative and courageous efforts that were partially successful. The trial held to the man who accused Kasztner as a traitor, the condemnation of Kasztner in the district court, reversing the verdict by the supreme court – after Kasztner was assassinated in Tel Aviv and the updated significance of the affair.

Why should you choose Aryeh Barnea

Barnea has got academic knowledge in a few fields, has a rich experience in lecturing to youngsters and adults, copes with moral and updated issues and receives excellent feedback