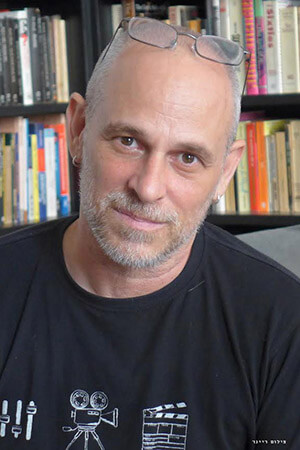 Is a senior lecturer at the School of Public Policy at the Hebrew University of Jerusalem. He is the author of a number of bestselling works of fiction, and several non-fiction books on Israeli culture and politics, such as What is Zionism (Hebrew) and The Settlers and The Struggle Over the Meaning of Zionism (also published in English by Yale University Press, 2010). He earned his Ph. D. in American History from Rutgers University. He is an op-ed (and more literally an opposition voice to the editorial line) at Haaretz. He has also contributed over the years to American and European papers (the New York Times, the New Republic, and the Frankfurter Allgemeine Zeitung, among others). He is known in Israel for his criticism of postmodernism and post-Zionism, ever since the publication of his bestselling A Dispirited Rebellion: Essays on Contemporary Israeli Culture (Hebrew, 1997).

Contrary to the way it is now portrayed in Western universities, Zionism actually rests on the universal foundation of human rights, human liberty, and the right to all peoples to self-determination. It was, in fact, a democratic movement long before it even had a state. How was the Zionist idea formulated, and why is it under such fierce fire now, on the world stage? The lecture will help you separate fact from fiction about the national liberation movement that changed the history of the Jewish people.

The lecture will survey the underlying forces of the conflict, its current stage, and the prospects of its future, based on what the press is refusing to tell us. Contrary to the prevailing narrative about the occupation and the struggle against it, there are underlying interests which have led the Palestinians to refuse any and all compromises, and this will remain the case until we begin to change the incentives that drive the conflict. What we need to do is start listening to what they say, not what we like to think they say.

The British Jewish liberal philosopher used to say, in jest, that every nation is unique, but the Jews are uniquer. Is Israel really a unique case among nation states? Does its constitutional structure blend state and religion in a way that other democracies don’t? Does the fact that it has a non-Jewish minority constitute a violation of democratic principles? The surprising answer is that Israel is far less unique than we usually assume