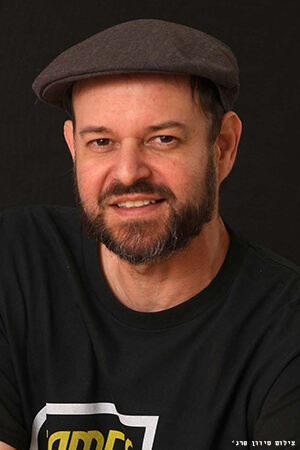 Is known as “The Chaser” from the game show HaMirdaf (“The Chase”, winner of the Israeli TV academy in the past 2 years). Hermann is a gameologist: a creator of games, applications, quests and TV game shows sold internationally. In 2016 the escape room he created, “The end of the world”, was elected to the “best 5 escape rooms in Israel”. In 2012 he co-created the game show “Catch” that was sold worldwide and won 1st place in the “Formagination” formats competition (by Globes and Armoza formats)  He co-hosts with Inbal Gazit a weekly radio show “Giluy Da’at” (meaning: “Discovering Knowledge”), and writes a trivia column in Israel’s most popular newspaper Yediot Aharonot. In the past 25 years he wrote and edited content for the most successful TV game shows in Israel including: “Jeopardy!”, “Who wants to be a Millionaire”, “1 vs. 100″, Million Pound Drop” and “Who’s still standing”

What happens in our brain when we learn and create memories? Hermann explains and demonstrates it through his personal experiences that demonstrates how everyone can improve his/her learning and memory abilities.Tips for dealing with situations characterized by lack of knowledge.How to harness the brain and the emotions to focus and win in “money time”.

The story of Itai Hermann as a child with attention deficit disorder that grew up to be a “Trivia Monster”. His personal story opens a window to the mind of an undiagnosed child that is unaware of attention disorders until the age of 27. How can an “ADD personality” may actually help in learning? What strategies can be taught and implemented by other kids (those who experience difficulties and those who don’t) from his success story?

Why should you choose Itai Hermann

Itai Hermann tells in his entertaining manner how he remembers so well and how anyone can improve his learning and memory abilities. The lecture lets the audience to actively experience a competition in a game show hosted by Hermann.Hermann permits the audience to try and tackle him with trivia question.