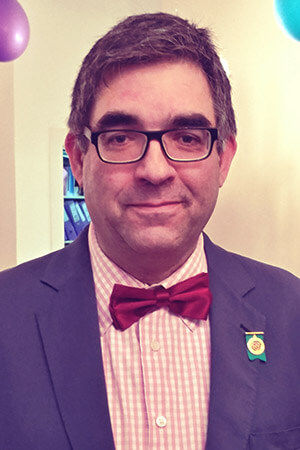 A popular lecturer in dozens of establishments among them universities and cinematheques. Film critic on “Kan” broadcasting company (TV and radio), the sport channel and radios 100fm radio. Director and a jury of film festivals in Israel and around the world. Had established several movie clubs around Israel and after serving as the president of “Les chained des rottisuers” (a culinary organization) had established the “cinematic culinary club” In the Tel Aviv cinematheque. A graduate of Tel Aviv University with a degree in law studies (LLB) and a degree in political science (BA). After graduating had worked as a lawyer for more than 15 years until deciding to focus on cinema, a field that he describes as “his great passion”.

As the little child can shot” the king is naked” the comedy film can deal with all kind of political and social issues-because in comedy everything is allowed. Comedy films from around the world will be shown during the lecture, starting with the king of silent films – Charlie Chaplin. We will meet Louis de Funes and the best of French comedy, Lough with Monty Python and the English humor and will not forget “Hagashash Hachiver” and the best of local Israeli comedies.

Wisdom and a good vocabulary are not sufficient to pass a massage. Political leaders, heads of companies and virtually everyone needs a good presentation to be heard and to persuade. By analyzing the best speeches scenes from the movies, we will learn some important rules on how to make a great performance and a winning representation!

Culinary films have been around since the days of the silent film, but only recently, wine has become the focus of these films. During the lecture, we will meet the best films made about wine: we will sip some pinot noir in “Sideways”, wonder around Provence in “My beautiful year” and learn about the famous blind wine tasting made in 1976 in “Bottle shock”. Last but not least we will meet the biggest expert on wine in the movies -007 James Bond

It is written in the book of Genesis that Man will govern over Woman and until recently women were considered inferior to man. In the lecture we will examine the inherent conflict shown in films between tradition and progress regarding women. Amongst the films which will be analyzed: “Yentel”,” Sense and Sensibility” and “Wonder Woman”.

Why should you choose Ron Fogel

In his lectures Ron passes to the listeners his never-ending passion for cinema. Ron uses his vast knowledge to put the subject at hand in a social historical and political context. His lectures are enriching and have a lot of added values.