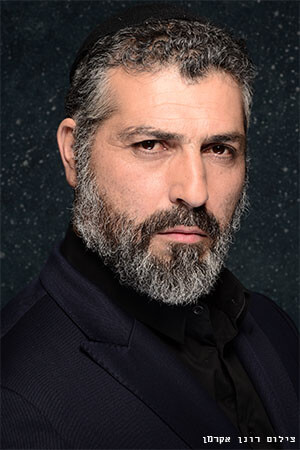 A senior commentator and the head of the Arab desk in Channel 13 News.

For the last 20 years he has been covering all the major events and developments in the region. He exclusively interviewed Arab leaders as well as heads of terror organizations. 2012 – He made the documentary “Allah Islam”. A series about the radical Islam in Europe and predicted the rise of the Isis terror which came 3 years later. 2015 – He made the Documentary “HIjra”. A series about the Muslim European youngsters who joined Isis in Syria and Iraq. He also interviewed the Isis sheikh in the UK – Mr. Anjam Chaoudry 2017 – He made the series “confessions from Isis” and met with former Isis fighters who fled the Islamic when it started to collapse2018 – He made the Series ”false Identity” where he went undercover as a sheikh to Muslim Brotherhood organizations in Europe and the USA and showed the danger in their “Silent Jihad”.

Zvi Yehezkeli served in an infantry unit in the IDF. After his military service, he was sent abroad for a few years by the Ministry of Foreign Affairs. Back in Israel at the age of 25, he attended the Hebrew University in Jerusalem, majoring in Media and Middle East History where he acquired his Arabic.

With the arrival of Muslim immigrants to Europe a lot of things around us are changing without us even knowing. The media floods us with a lot of information that contributes to our fears but not to our understanding of the situation correctly.

Zvi Yehezkeli’s lecture is a journey into the insights of the Middle east from Cairo to Damascus  where he shows what is on screen is less important then what is happening in the field far away.