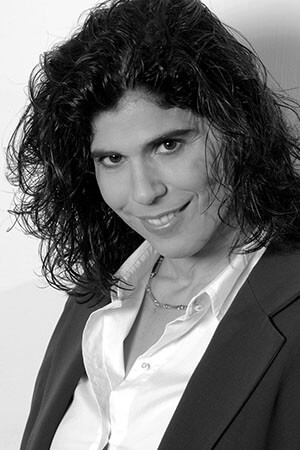 By becoming the first Israeli Olympic medalist, Yael Arad conferred a whole new dimension on sports in Israel. Her victory was regarded as both national and personal and put Israel on the map of international athletic achievement. Arad began to study judo as a child, although sport in general and judo in particular, was not yet established as a serious career. For lack of judo partners, she trained with the coach of the men´s team, and she has also trained in Europe and Japan. She achieved her first international title in a middleweight competition in 1984 and continued to compete successfully in the following years. At the Olympic Games in Barcelona in 1992, Yael Arad became the first Israeli athlete to win an Olympic medal. Narrowly missing the gold, based on a judge´s decision in the half middle-weight competition, she returned home with the silver medal and became a national hero. She continued to compete and aspired to win the gold medal at the Atlanta Olympic games in 1996. At the games, Arad chose to compete despite being ill, but her weaker performance cost her the chance for a medal.
Yael Arad has worked to promote sports for women, and in 1997, she was elected as one of the sports representatives to sit on the Israeli Olympic Committee.

In her fascinating lecture, Yael talks about the close connection between excellence in sports and excellence in the daily business world. By identifying the abilities required of athletes on the way to success. Yael Arad speaks of her personal experience as the winner of the first Olympic medal in Israel and talks about excellence and motivation, assertiveness, personal strength, innovation, creativity, presentation and achievement of goals. Yael Arad frequently performs for audiences and business clients in the field of excellence. Her lecture is highly professional, fluent, funny, exciting, with added value.

This is an hour-long journey to the peak moments of the Olympic Games with an emphasis on the Israeli angle, and especially the Olympic spirit of excellence, will power, perseverance and constant aspiration to reach faster, higher and stronger. The Olympic experience consists of five rings – the symbol of the Olympic Games.