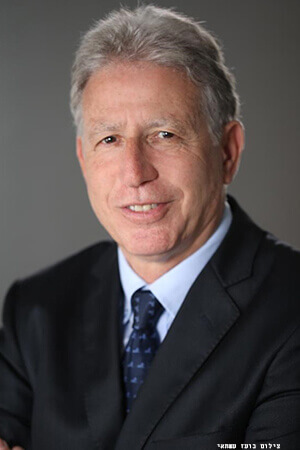 Dr Doron Avital has a celebrated military history from the time he commanded a leading paratroopers company in the Lebanon war of 1982, to the planning and commanding of numerous complex special operations in Israel elite Special Forces Unit, Sayeeret Matckal – AKA “The Unit” – all the way to holding the position of chief-commanding-officer of “The Unit” in the early 1990s. His tenure as a commander is registered as one of the most complex and shaping chapters in the history of the Unit. During his service Doron Avital received numerous IDF military and special operations awards. He is considered a commander and a thinker who shaped an overall philosophy and strategy of planning, execution and command – if in the battlefield and if in the domain of special and secretive operations – that stands to this day as a leading point of reference to commanders of the IDF and to the classified security establishment of Israel.

Completing his tenure as a commander of “The Unit” and equipped with a letter of recommendation from the late prime minister of Israel, Yitzchak Rabin, Doron Avital enrolled in a PhD program with the school of philosophy of Columbia University in the City of New York, where after a few years he completed his Doctoral thesis in Logic and Philosophy. He was awarded Columbia University’s Presidential Fellowship for the years 1995-2001 and taught there classes in advanced logic and analytic philosophy. Dr Avital holds in addition a BSc in Mathematics and Computer Science (1985) as well as MA (Summa Cum Laude) from the Cohen Institute for the History and Philosophy of Science and Ideas (1996), both from Tel Aviv University.

Upon returning to Israel, Dr. Avital headed the Georges Leven High-Tech Management School at Tel Aviv University, and later established and directed the BRM Institute of technology and society at the Faculty of Management. In the Hebrew University of Jerusalem, Dr Avital held the prestigious post of the Director-General of the Jewish National and University Library. Alongside his academic pursuit, Dr Avital served as a consultant and venture partner to one of Israel’s leading venture capital firms, Evergreen Venture Partners.

With the 2009 elections, Dr Avital moved into politics, and served on behalf the Kadima party as MP in the 18th Knesset, Israel parliament. Dr Avital served on the foreign and security committee as well as the constitution committee and led the parliamentary Knesset delegation to the Council of Europe. Together with his friends, Doron established YAAD – “Destination” in Hebrew – a movement dedicated to rethinking the political landscape of Israel and he continues to be active in political and public life in the country.

Apart from his public engagements, Doron is engaged in Strategic Consulting and Advisory to leading technological companies and startup ventures at the frontline of technology, from cyber space to the blockchain revolution, the new engaging challenge of our times: the reinvention of money.

In Doron Avital’s book, “Logic in Action” (2012), the reader can find the main tenets of Doron’s thinking on logic and strategy of action. The book offers a new conceptual framework and tools for rethinking the concepts of planning, execution and the economy of risks as these must be reevaluated against the backdrop of 20th century models to meet now the challenges of the 21st century. The book takes its inspiration from the world of warfare and special operations but carries a wider significance and weight to all projects’-oriented domains. (In fact, the book emerged out of the non-classified parts of Doron’s notes prepared for lectures he used to deliver to commanders and officials of Israel celebrated secret service, the Mosad.) This book as testified by his many readers and followers is indispensable to any decision or policy maker.

The test of Leadership in challenging junctions of decision requires the questioning of conventional patterns as these force leaders into schematic procedures that limit their vision and freedom of action. Leadership in these crucial junctions call for a bold and expansive reading of both the intellectual and practical sphere. Leaders must challenge, lead, innovate in ways that acknowledge the past and its lessons as necessary points of reference but they must not be captive by them. The lecture is designed for leaders in all fields, for CEO’s and their organizations, technological entrepreneurs or social leaders, businesspersons or economists – and  everyone who is inspired by the story of leaders and heroes of the past and look in their stories for guidance in the challenging leadership tests he or she is facing.

“It is not the critic who counts; The credit belongs to the man who is actually in the arena…who does actually strive to do the deeds…who spends himself in a worthy cause; who at the best knows in the end the triumph of high achievement..”  Theodore Roosevelt, the 26 President of the US

Two conflicting models to the processes of planning and strategy will be presented: one whose roots are in 20th thinking and one that is set to meet the challenges of 21st century. We will be introduced to a key conceptual tool for planning and action titled “the polygon of action or risks” that was originated in the secretive world of special operations and which is applicable to any collaborative human project. In this a better understanding of the old Special Forces slogan, “dare, always, dare” will be gained and the logical structure of decisions will be clarified. We will discover for example that the time of the decision and its content are intimately and inseparably connected. We will examine the concept of rationality against the backdrop of analytic philosophy of the 20th century and discuss the tension between the setting of end-goals and the dictate of the ethical imperative.  This lecture is designed to any decision or policy maker grappling with the old puzzle of how to make sure he or she do not recycle answers of yesterday instead of confronting the actual question of today.

“Nothing is more difficult, and therefore more precious, than to be able to decide”  Napoleon Bonaparte

“There are many ways to go forward but only one way to stand still” Franco Delano Roosevelt, the 32 President of the US

The Danish Quantum Mechanics physicist, Niels Bohr, famously known for his groundbreaking complementary principle, was also known for his fondness for the cinema and especially to Westerns. It was his habit to watch these films together with his many students. In one of these occasions professor Bohr presented his students with a puzzle: the formula of a classic Western is built towards a central scene of a duel where good meet evil: it is the good guy against the bad guy. As we as audience are led through the film to the central duel scene we are carefully being taught that the Good and the Bad are equally well fast in drawing their guns. In the central duel the Bad – by his very nature we should say – draws his gun first. Yet the Good wins the duel. How could this be we must ask?! This must contradict logic and physics as we were taught all through the film the two rivals are of same speed and professionalism. Should we accuse Hollywood script writers of missing on logic and reason?! no no?! The contrary is true, professor Bohr used to preach his students. Behind this classical script lies a deep and very significant lesson. What then prepares us to a duel with the moment of truth: the moment from which there is no return and everything is on the balance?! We will discuss the logical structure of training and general rehearsals and the gap we must overcome when we move to face the moment of truth. This Lecture is designed for everyone who wants to stand tall to the test of life.