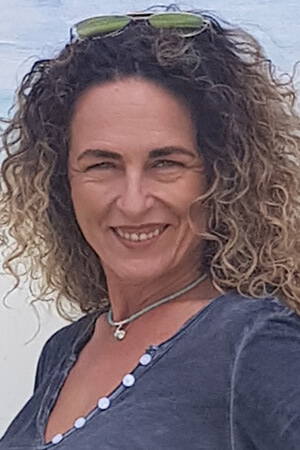 Hamutal Yanay has been married for more then 20 years and is a mother of three. All her life she lived a normative life. Combined career, family life, social life, volunteering and more. Two and a half years ago she had a manic attack. As a result, her family was forced to forcibly admit her to a mental health hospital, where she had diagnosed with bipolar disorder. She spent two months in the hospital and was treated with psychiatric pills. Hamutal wanted to understand the circumstances that led to the outbreak suddenly, in the middle of life. Hamutal felt that she has the power to help others who deal with psychiatric illness and to their families. Also she felt that it’s new mission in life is to act in order to change society’s perception of the world of mental health. Fear is caused due to unawareness. Hamutal decided to start by giving lectures to the general public and also to psychotherapists, and of course to those who deals with mental illness themselves and to their families. The lecture is exciting and definitely illuminates this world in a different light. The change with them

During her fascinating, authentic and emotional lecture, Hamutal shares with the audience her difficult experience as well as her family’s. She recounts the events that led to the manic episode, the difficulty of convincing her to receive treatment and the decision to perform forced hospitalization. Hamutal tells about the period of hospitalization in a psychiatric hospital and about the process of rehabilitation and the changes she made in her previously intensive life. Then she describes her decision to start a life journey to better understand the mental health world and becoming the voice of those who live in secret and shame, without a supportive environment, isolated and detached due to the stigma of our society

Hamutal’s lecture captures the audience that is not used to hearing a person who has gone through the whole process and is willing to talk about it. In addition, Hamutal was gifted with charisma and high verbal abilities and fluent speech in front of an audience, combining light humor and an optimistic and inspiring ending