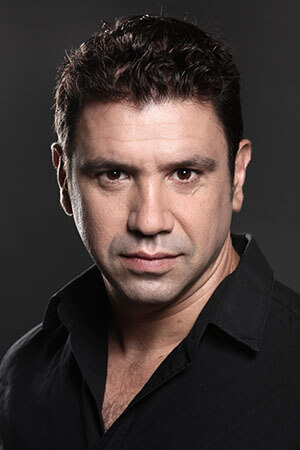 Senior correspondent and investigative filmmaker for UVDA, a weekly investigative and documentary program on Israeli TV, Channel 2 (the Israeli “60 Minutes”).  He began his career working as a print journalist at Ha’ir and later at Ma’ariv, where he specialized in investigating the Israeli Defence Forces (IDF).  During his first year at UVDA, Assenheim became the youngest recipient of the Sokolov Award, the highest award for outstanding journalism in Israel, for his investigative reports on a classified IDF experiment carried out on soldiers in attempt to develop an anthrax vaccine. In November 2012, Assenheim’s first book, TZE’ELIM, was published, revealing an Israeli plan to assassinate Iraqi ruler Saddam Hussein and the resulting political-military scandal. The film he directed based on his book won a gold medal at the New-York Festivals World’s Best TV & Films 2014. In 2016, Assenheim’s groundbreaking investigative-documentary about a man whose two wives had died mysteriously 15 years apart led to the reopening of a police investigation and ended with a double-murder conviction. Later in 2016, Assenheim published his second book CATCHING A MURDERER to articulate this story. The same year, his piece about the National Institute of Forensic Medicine prompted the State Prosecution Ombudsman to publish a special investigation report. This year, Assenheim’s investigative piece about former head of the Shin Bet, Jaacob Peri, revealing dishonesties about his military service, led to Peri’s immediate resign from the Israeli Knesset.

How were the backroom dealings behind the appointment of judges brought to light? What led the former director of the Shin Bet, Yaakov Peri, to resign from the Israeli Knesset? How did a seemingly insignificant detail lead to a shocking investigation and the capture of a double murderer who had been roaming free? What made the members of the IDF’s elite General Staff Reconnaissance Unit (known in Israel as Sayeret Matkal, the equivalent of the US Army’s Delta Force) speak out for the first time about their role in one of the most highly-classified security operations of all time – a mission to take out Iraqi dictator Saddam Hussein?

Join Assenheim as he reveals the details of his journey to uncover the truth. What causes people to reveal the secrets they’ve kept buried for so many years? What are the obstacles and challenges to publishing and how can they be overcome? Alongside clips from his reports and acclaimed broadcasts, Assenheim will lift the lid on his extraordinary encounters with the individuals at the heart of these stories.

The Israeli series Fauda (Arabic for “chaos”) has been one of the standout television successes of recent years. The story of the so-called mista’arvim – IDF soldiers who go undercover as Arabs – has caught the imagination of the viewing public in Israel and abroad. However, for some combat soldiers, Fauda is far from just a TV drama. Last year Omri Assenheim, a correspondent for the Israeli investigative current affairs program Uvda (the Israeli equivalent of CBS’s 60 Minutes) convinced the real-life mista’arvim – participants in operations on the streets of Gaza, Nablus and Hebron – to stand in front of a camera for the first time and reveal all: What it’s like to go undercover in a bustling city in enemy territory, how it feels to shoot someone from 10 inches away, and what happened on one terrible night, deep in the heart of Gaza, when they got caught up in the worst fauda imaginable. Assenheim will discuss his fascinating encounters with the mista’arvim, accompanied by selected clips from his remarkable report.

It is at the gates of his son’s kindergarten in Kibbutz Eyal that Omri Assenheim, a correspondent for the Israeli investigative current affairs program Uvda, begins the pursuit of two-time widower Shimon Cooper. A chance conversation with one of the mothers sparks Assenheim’s concern regarding the circumstances surrounding the death of one of the kibbutz members. He discovers that another woman, the first wife of the same man, Shimon Cooper, died 15 years earlier in mysterious circumstances. Assenheim embarks on a heart-stopping investigative journey among the women in the two-time widower’s life. Each encounter provides another clue which brings him one step closer to solving the mystery, and each conversation reveals another glimpse into the M.O. of the man who would go on to be convicted of murdering two of his wives.
In a new and fascinating talk which coincides with the release of his new book, Catching a Murderer, Assenheim reveals the shocking details behind a seven-year-long journey to uncover the truth against all odds – from the initial tip outside the kindergarten, and finally to the day in the courtroom, where he sat shaking with emotion as he listened to the judge declare Cooper guilty on two counts of murder.

This is a story of doubts, of the search for justice at all costs, of the women who only wanted love…and of the two who lost their lives as a result.

In 1992, then IDF Chief of Staff Ehud Barak decided to begin drills for a hypothetical military operation: the assassination of Iraqi dictator Saddam Hussein with precision-guided missiles. For the first time in its history, the IDF’s General Staff Reconnaisance Unit (known in Israel as Sayeret Matkal), began preparing for the assassination of the leader of an enemy nation. The dramatic preparations for the operation culminated in the most infamous training incident in the history of the state. The IDF lost more than just five of its best fighters in the incident; it also lost public faith in the judgment of its top brass, in the brotherhood between fighters, in the reliability of its inquiries and in the justness of the sacrifice of the victims. Omri Assenheim, the best-selling author of Tze’elim: The Trauma of Sayeret Matkal, opened the top-secret files behind the incident and interviewed the senior officials who had never spoken about it before. He uses clips from a special feature he produced on the subject, analyzing, together with the audience, the decision-making process behind the incident that rocked the nation, and examining how a terrible training accident became a traumatic and difficult public case.