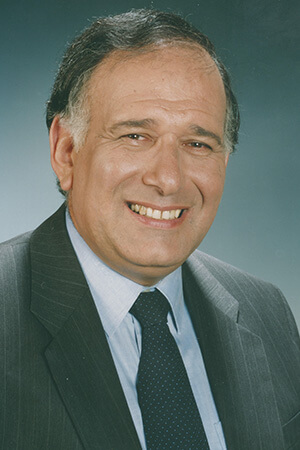 Mr. Yahav has recently completed three tenures, more than 15 years, as mayor of Israel’s third largest city—Haifa, his hometown—a sort of a prime minister of a humbler and smaller format that deals from morning to night with all of the residents’ areas of life.

Mr. Yahav believes that the municipality is the governmental cell that is closest to the citizen as an individual; from the moment one wakes up in the morning to brush their teeth, they converse with the mayor who supplies the water. He has managed the city through three disasters—the Second Lebanon War and two giant fires; a wildfire and an urban fire in which 60 thousand people were safely evacuated.

The massive development in all life’s routines earned the city two international prizes: the new stadium, Sammy Ofer, was named second most beautiful in the world, and Downtown’s Port Campus was named one of seven most important projects in the world in 2018.

It all started at the age of 12, when young Yona stood up in class in Leo Baeck, his School in Haifa, and announced that he was going to be the mayor! In retrospect, it was surprising to him that this braggadocio did not become a butt of many jokes.

Since then, everything he did in life and every post he aspired to were driven by the intention to prepare him for the day he will take the city’s helm. Yahav served in all top functions of Israel’s Students Union and the international one, in London. He persuaded Teddy Kollek, mayor of Jerusalem at the time, to appoint him as his assistant so that he could learn firsthand how a diverse city is run. From there he moved on to the Ministry of Transportation, to study decision-making processes closely. With the downfall of HaAvoda government, Yahav moved to the Negev, to Sde Boker, to establish a university extension, and by the time he became the mayor of Haifa, he was more than prepared.

There are 1.3 million Arabs living in Israel. Over one million Muslims is a substantial minority that the State of Israel, the government and the people do not know how to digest. Israeli Arabs are undergoing interesting processes of Israelization. For instance, there is a rise of 27% in the number of Arab mothers who send their kids to Jewish schools. In Haifa, there is a constant rise in the number of Arabs who enlist in the IDF and join the Service Year program. The Arabs have access to a lot of information about what is going on in neighboring countries. They do not want to be there! They want to fit in. We fail in absorbing them.

Haifa is Israel’s third largest city, with some 300 thousand residents.
It is:

Below the surface, there is a deepening crisis between Israel and the diaspora Jewry, for a number of years now. The crisis exists and expands especially in light of the large extent of miscegenation, especially among the U.S. Jewry, where it has already reached 72%. What is the crisis’ essence and where does it lead us? Is it connected to the cold shoulder given by the Democratic Party, who was traditionally the political home for Jews in the United States?

Why should you choose Yona Yahav

Yahav’s lectures  are “voices from the field”, drawing from personal experience in the subjects he discusses.